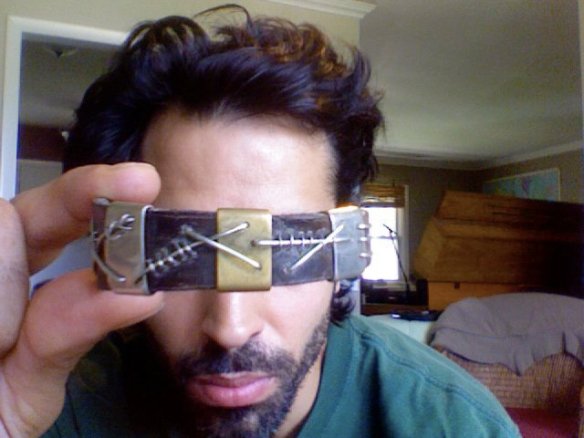 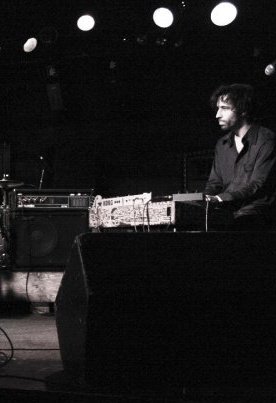 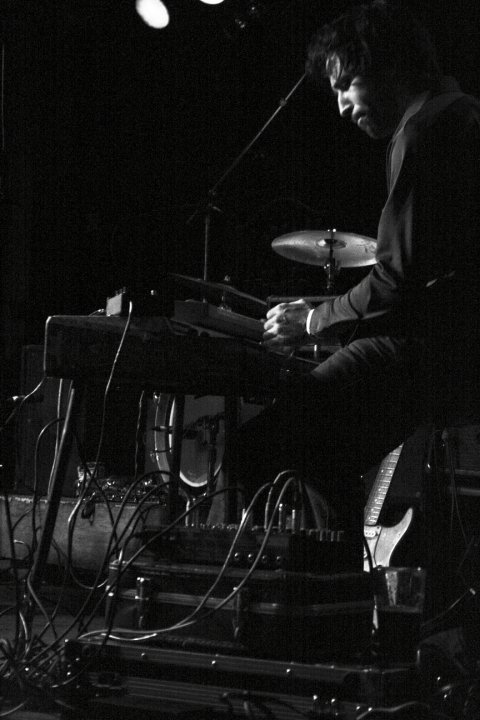 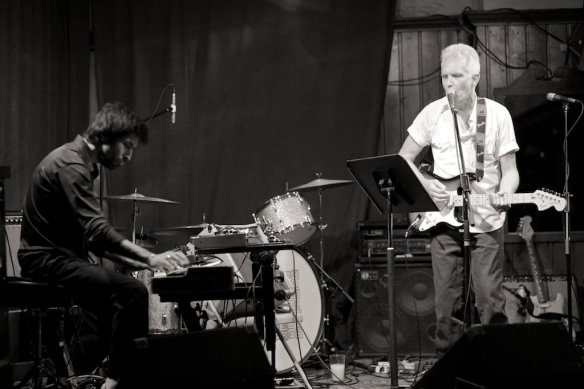 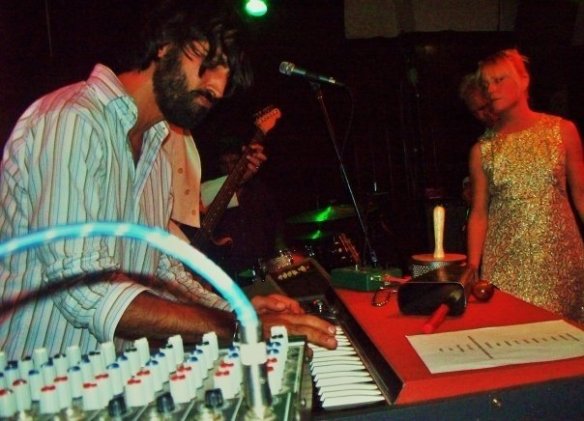 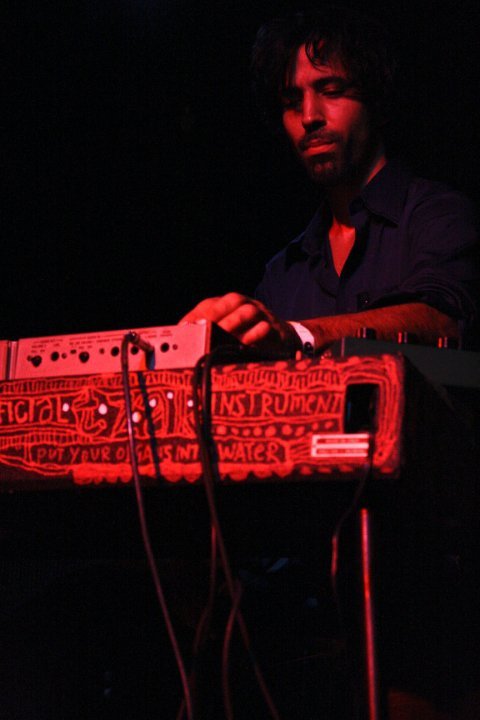 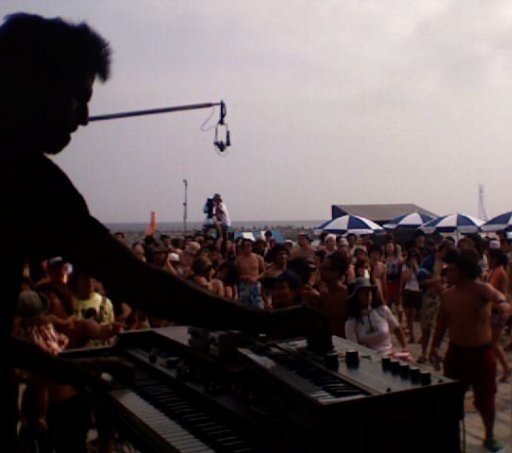 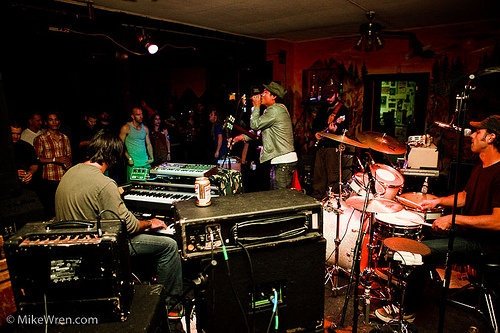 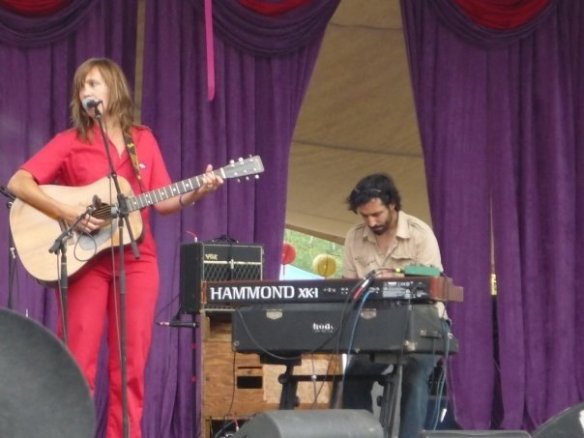 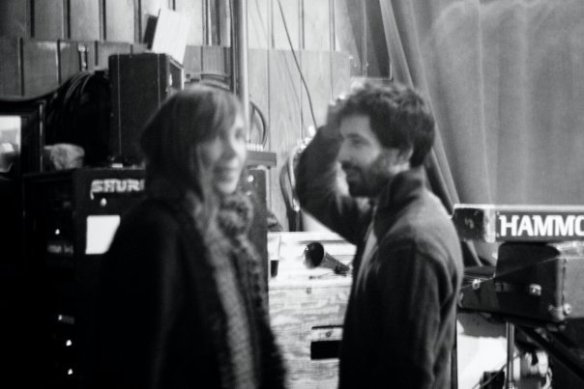 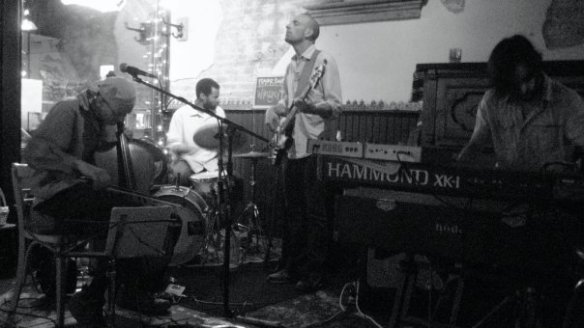 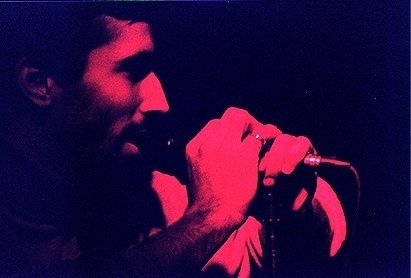 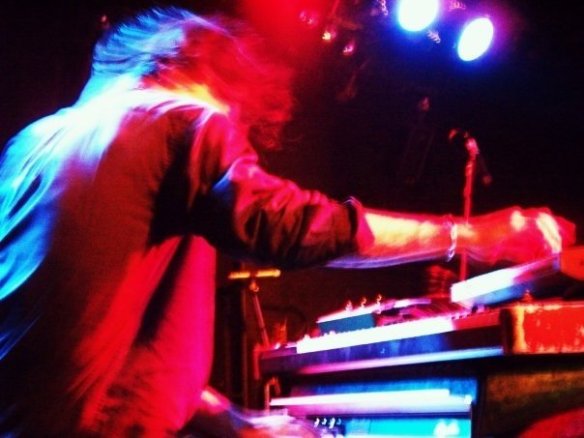 In 2008, Stark built a recording studio and started some side work as a recording engineer, both mixing and producing other artists as well as his own music at Stark Studios…

A diverse pro audio recording studio in a pleasant, large, cozy, ranch-style space. Options for isolation, up to 16 tracks of extremely high quality audio can be recorded simultaneously.  A vast collection of vintage organs/amps, electric pianos & an upright piano makes for an exciting arsenal of studio tools. simply, a very comfortable, professional but affordable place to make great sounding recordings.

open to any genre, but thus far it’s been…
experimental/rock
acoustic/folk
hip-hop/beat box
dub/soul
avante garde/jazz
even recorded a bassoon

some press on Stark’s playing with Johnny Dowd…

Johnny Dowd’s album, “Cruel Words” features Michael Stark on organ and synthesizer. Stark’s stark organ is key here, creating the spook-house accents that amplify the angst in Dowd’s pained underdog’s tail-caught-in-a-gate drawl. On “Corner Laundromat,” Dowd recites in his hardcore rural accent over big fists-full of Stark’s organ…Lest you miss the message, hit the remote for the final track, which deconstructs “Johnny B. Goode” like the Sex Pistols did “My Way.” That nasty organ stays upfront, until a brief guitar solo that evolves into Black Sabbath’s “Iron Man” riff.” .. -Billboard magazine .. .. .. ..

[From the Ithaca Times]

The musician and songwriter Michael Stark has lived in Ithaca for over 10 years, and is widely considered by his peers to be one of Ithaca’s finest musicians. But how well do you really know him? In person, Stark is thoughtful, reserved and careful with words. Stark’s also one of the most accommodating and compatible musicians in town, and other musicians love him for his ability to fit in seamlessly within his surroundings without sacrificing his own voice. As those in the audience who have witnessed this musical chameleon can testify, his playing is agile, and equal parts forceful and mellow, depending on the musical context.

Since moving to Ithaca from New York City in 1995, Stark has played everything from avant-garde jazz to dub-rock to singer-songwriter folk, and has served as the foundation and soul of countless albums. Stark has backed nearly all of Ithaca’s most celebrated names — Jennie Stearns, Johnny Dowd, Mary Lorson, Hank Roberts, Kevin Kinsella — as well as helming his own projects, including the jazz-fusion trio Wingnut, the duo Tzar and the ever-changing collective Orbiting Art Ensemble.

To say that this full-time musician is a versatile player is something of an understatement – the man seems equally at home within jazz, rock, pop or funk traditions. Stark’s influences include Brad Mehldau, Cecil Taylor, Bjork, Keith Jarrett, Sun Ra, McCoy Tyner and John Coltrane.

Stark is criminally underrated, and to say that he is one of Ithaca’s most talented players is simply not enough.

Like many successful musicians, Stark began playing music at a very young age. “I think my earliest memory of getting interested in music was watching my grandfather play. He was an organist at a church, but he also played the piano,” Stark says of his childhood in Queens, N.Y. “I remember standing next to him while he would be at the piano, and it amazed me.” From his family and relatives, Stark soaked in stride piano, New Orleans jazz, church music, the blues and Southern rock.

Stark went on to take piano lessons from age seven until he graduated from high school. “My piano teacher really kept my interest at an early age. They were traditional piano lessons — classical music and a lot of theory, which is what you would expect — but the last 15 minutes of every lesson he would say, ‘What’s your favorite song on the radio?’ And this was in the 80s, so I would name a Michael Jackson tune,” Stark laughs. “He would write out the melody and chords for me, and let me do my own thing with it. And that got me into improvising. Later on, when I got a little older, I started to see the relationship between pop music and jazz, and how those two could be mixed together.”

Then it was time for music school. A student at the Hartt School of Music in Hartford, Conn., Stark’s studied jazz performance and worked closely with respected jazz saxophonist Jackie McLean. He stayed in school a year and a half before leaving to move back to New York City in 1994. “I don’t regret it at all,” Stark says of leaving Hartt. “I don’t think I was ready to be a strict student at the time. I kind of got to the point where I knew what I needed to work on, and it was just a matter of putting the time in.”

Once back in NYC, and inspired by watching John Zorn, Marc Ribot and the Lounge Lizards play downtown, it wasn’t before long that Stark, then 19, joined a band. Two members were students at schools in Ithaca. “We just made a decision to move up here as a band, so they could finish school, and we could continue with the band,” says Stark.

Soon, though, Stark connected with Ithaca’s established music community. “I just started writing my own music. I had my own interests, and I decided to stop playing in that band and start doing my own thing,” he says.

“I definitely made a big effort to be really active. I was really sure that I wanted to make a living with music,” Stark says. And since moving to Ithaca, Stark has focused on music, and only music – it’s his full-time job, and, if we’re lucky, his career for life.

Best known as a musician, composer, pianist, organist, keyboardist who has been and is still a crucial member of numerous Ithaca, NY based bands/artists, many of whom are internationally recognized, including Johnny Dowd Band, Jennie Lowe Stearns & The Fire Choir, Mary Lorson & The Soubrettes + Saint Low, TZAR, Bronwen Exter, JSan & The Analogue Sons, Wingnut, Hank Roberts, Hubcap, Orbiting Art Ensemble and others.

Born in Queens, NY, Michael Stark started organ & piano lessons at age 7, was eventually a student of jazz legend Jackie McLean at the Hartt School of Music. He then moved to Ithaca, NY in January of 1995 and has since been composing, performing, recording, and touring all over the world.

Since 2004, Stark has been performing with & at times road managed Johnny Dowd on extensive successful annual tours throughout Europe aswell as the USA.

In the summer of 2008, Stark toured and performed with dub/soul/rock outfit, JSan & The Analogue Sons in JAPAN.  JATAS toured Europe as well just prior to this.